Gold futures declined over $19 today, with the most active contract (June 2020) breaking below a key support level at $1700, and is currently fixed at $1693.90. However, even with the declines that have occurred this week gold pricing still gained 6% this month. 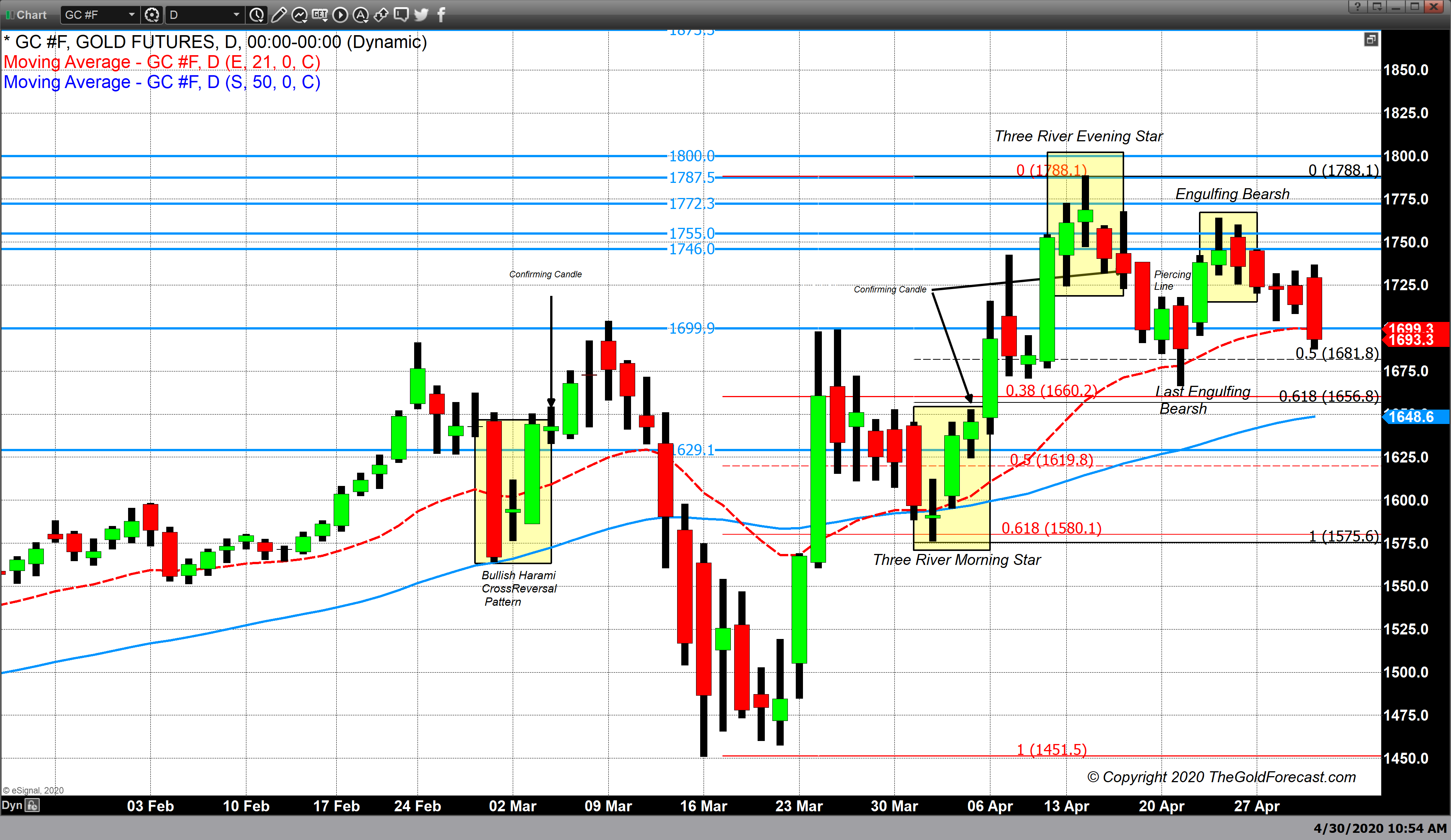 Lower gold prices were curtailed somewhat by dollar weakness. The U.S. dollar index is currently fixed at 99.015 and is showing a net decline of – 0.63% in trading today. Dollar weakness today took the index below its 50-day moving average, a key indicator analyst used to determine the short-term trend of a stock, commodity or index.

According to Tyler Richey, co-editor at Sevens Report Research, and reported in MarketWatch, traders moved to “square their books into the end of the month,”

Statements made by both the Federal Reserve and the ECB (European Central Bank) indicated that both entities will continue to take emergency steps to help curb a contracting GDP in the United States as well as the eurozone. The Fed announced that they will leave federal funds-rates at near zero, and reiterated that it will continue to use all and any policy tools available to them. The ECB allocated €750 billion for a Pandemic Emergency Purchase Program, and also left their interest rates unchanged.

On a technical basis gold broke through two key levels of support today as it traded to lower pricing. First gold futures traded and closed below the key psychological level of $1700 per ounce. Secondly it broke below the 21-day exponential moving average which is currently fixed at $1699. While pricing is still above the 50-day moving average, which is currently fixed at $1648.50, this week’s sharp decline of over $50 is bewildering.

Currently we show the next level of support at $1681.80, which is the 50% retracement of the most recent rally which began at $1580 and concluded at $1788. Below that is the next level of support occurs at $1660 which corresponds to the 38% Fibonacci retracement of a larger data set beginning on March 16th when gold was trading at $1451 per ounce, and concludes at this year’s high of $1788.